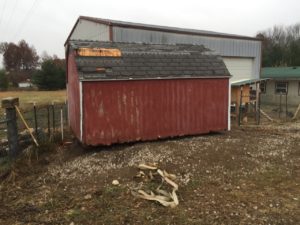 The pullets have their own house outside which is an 8ft x 12 ft barn style wood house, basically an old tool shed donated by Marth and Carl. We are having several deaths and I’ve been trying to improve their environment, hoping that will stop the mortality rate. Two weeks ago I put in two, five foot long feeders. For a while that seemed to stop the deaths. Then about a week ago, the deaths started again. I thought perhaps the ammonia from the manure was the reason, being that it seemed to be strong at the back of the house. I cut a 2ft x 2ft square floor level window (wired opening) giving them ventilation. That seemed to stop deaths for a few days, then more deaths. I thought it might be the cold temperature, but I was told by a chicken expert that chickens with feathers are well suited to cold weather. My current thinking is that it is due to coccidiosis disease, which is common in chickens. It is passed by eating their manure. I cleaned out the coop two weeks ago, but when I tried to clean out the coop a couple days ago the manure was frozen to the plywood floor. Even trying to chip it out with a maddox was unsuccessful. I tossed out the lose soiled bedding, but had to leave the rest. Since letting the pullets out in a fenced chicken run, they don’t drop nearly as much manure in the house, but still has some. One possible solution is to buy medicated feed. It costs $5 more per 50lb bag for medicated feed, which is a significant budget hit. Only one hatchery offers a coccidiosis vaccination for chicks  ($1 per chick) and they don’t carry all the breeds I need for egg color. I started out with 150 chicks and now we are down to 90. Quite a learning curve!

These birds lay eggs around the 5 month mark compared to the Ameracaunas that start around 8 months. Since most of this batch of chicks (now pullets) were purchased in October, they will start laying around March. They are eating 25 pounds of feed every two days. Unlike the foraging hens, these pullets rely entirely on grain.

My next solution for the pullets is to put remove the feeders and reengineer them so the pullets cannot get inside it and deficate, resulting in passing of disease.

The above are side views of the 3 generations of feeders. The first one had a large volume, but pullets could deficate easily in it. The second version was designed with a top, but was also a place to perch, so the third generation had an angled lid. Hoping this prevents disease spreading. If deaths continue, I might have to resort to putting the pullets on a wire floor, which is not recommended because of predators. I’ll have to reinforce the under area of the coop to keep it protected from predators, if it comes to that. 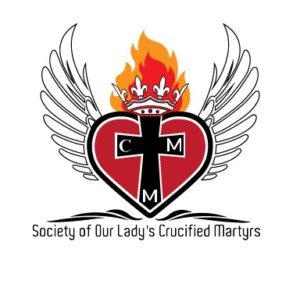